The wonderful villages of Naxos

We spent the day exploring the inland villages of the island of Naxos today.  Due to the kindness of a fellow poster on the Greek forums of Trip Advisor, we met a local taxi driver named Tasos.  He gave us an unforgettable guided tour of the island, starting at Yria temple just on the outskirts of Naxos town.  We visited a private stone tower high in the mountains with amazing views of the sea down below, the Temple of Dimitra near Ano Sangri, a marble quarry, a Citron distillery in the little village of Halki, Filoti, Apiranthos and capped off the day with a late lunch at a traditional taverna in the beautiful village of Koronos, where we were the only non-Greek people for miles around.

Tasos was very patient with Den's picture taking and gave us many photo opportunities ~ we saw tiny Greek churches over 1500 years old, marble slabs being hand cut by artisans, and a little pottery shop almost hidden off the side of the road. We tasted the traditional liqueur of Naxos, Citron, after watching it being distilled in the same way it's been done in the last 100 years.  We drove through little villages which look like they are suspended in mid air, placed by the hand of God between steep horizontal valleys.  The roads are carved out of the mountainside and the hairpin turns made us very happy to be in the back seat and not up front trying to navigate the picturesque but threatening terrain.

Tasos also gave us background information on a lot of the Greek mythology that was relevant to our tour and pointed out many little details we would have missed if going by ourselves.  He also called his brother-in-law to arrange our lunch and to make sure they would prepare the traditional Greek dish of Yiachnada ahead for us ~ it is a pork (or lamb) dish make with potatoes and marinated with onion, olive oil and spices.  They then add tomato sauce and water until it's cooked and melting in your mouth.  This feast was precedeed by home made tzatziki, a hard, crumbling Greek cheese and the freshest Greek salad with the biggest piece of feta I've ever seen.  Home made bread and wine completed our Greek celebration.

Tasos then took us home by way of Apollonas, a small sea side town on the north side of Naxos and then by the road that runs alongside the coast.  The beauty of the scenery was only surpassed by the sun setting over the Agean sea and creating a sparkling oasis that we will remember for a very long time. 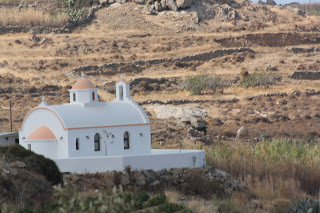 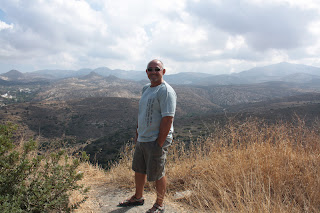 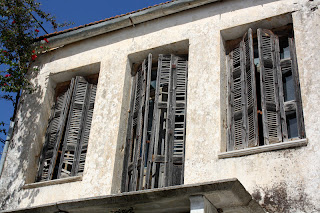 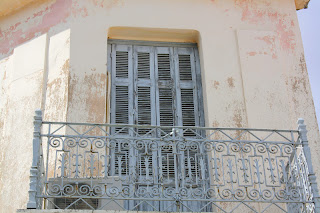 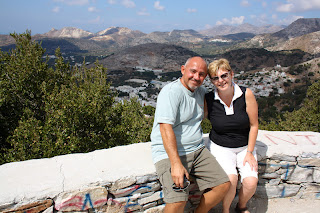 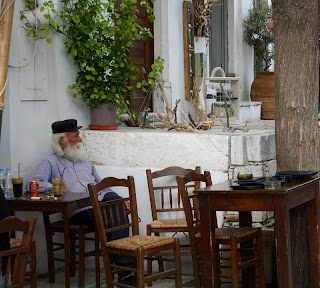 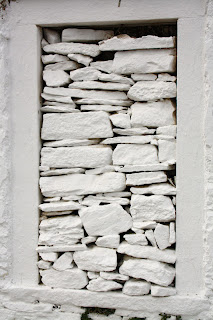 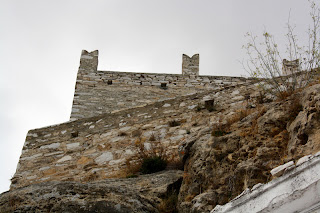 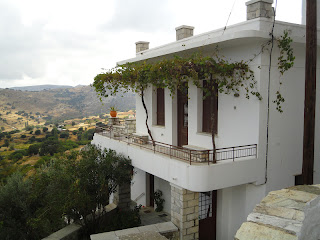 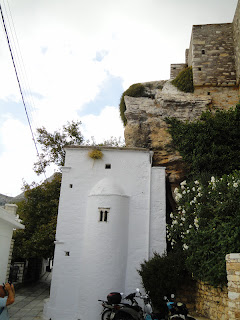 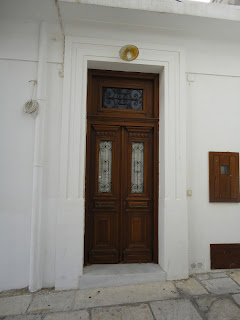 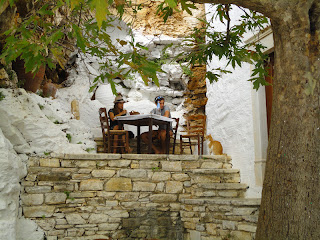 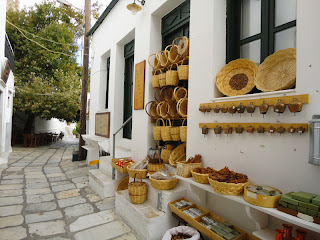 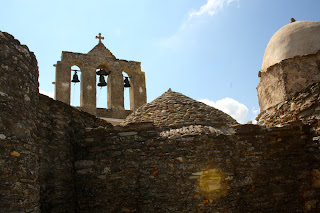 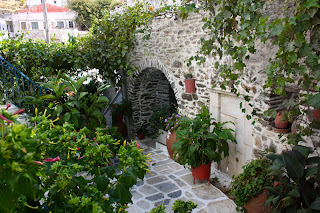 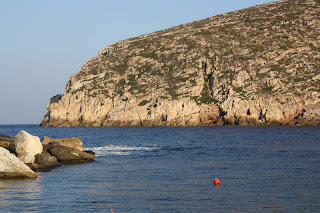 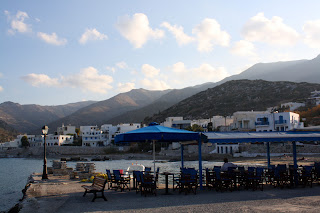 Thus our 8 hour odyssey came to an end when Tasos dropped us off back at Hotel Spiros.  We couldn't thank him enough for giving us this tour and helping us understand a little more about the beautiful and vesatile island of Naxos and the wonderful, warm and friendly people who live there.  Kalispera, everyone.