A sunny day in Paris

Just a quick post today as we are off to Paris Disney today!

Den is still sleeping and Seb is playing on the iPad so I'm taking these few minutes to blog about our day yesterday.

Seb and I left our apartment around 2pm and bought some ham and cheese baguettes for our lunch.  We walked down rue du Chemin Vert and were soon munching our baguettes on the grass at Place des Voges.  We rested a bit and then walked towards Ile St Louis so we could enjoy some ice cream.  Seb wanted the one that they shape into rose petals, so we went to Amorino's and he had a cone with tiramisu, chocolate chip and dark chocolate ice cream.  I had a little cup with 2 flavours, mango and specaloo!  We walked down to the bank of the Seine and enjoyed our treat while we watched the boats go by.

I called Den to see how he was feeling and he was much better.  We made plans to meet in the little garden behind Notre Dame and Seb and I spent the next 45 minutes just strolling around the Ile St Louis, enjoying an accordion player on the bridge that connects Ile St Louis and Ile de la Cite, doing lots of people watching, and sitting and playing in the garden.  I gave Seb the camera during this time and he has quite a good eye and took many great pictures.

Den met up with us and we went souvenir shopping ~ Seb got some euros from my mom and Den's parents so he could have his own spending money.  He already got some little Eiffel Tower keychains for his classmates last week, so he was looking for himself.  He chose a t-shirt, a green Eiffel Tower with sparkles, and a little Paris bracelet (the type made famous by Lance Armstrong).  We had a wonderful time just shopping and walking and talking.  Seb is really fun to travel with, he listens very well, is well mannered and polite and has a quick sense of humour.

We took the bridge back over to the left bank and walk along the Seine once more, with Seb taking lots of pictures of the bouquinistes, the people out for an early evening stroll and the traffic along the road.  We got to Pizza Momo around 6:30, pretty early for dinner by Parisian standards, but this was to be an early night in anticipation of Disney tomorrow.  We've been coming to Pizza Momo on rue Rivoli, just next to St Paul's church for 4 years.  The pizza is made in an ancient wood burning oven and is very, very good.  Seb had a pepperoni and cheese, I had a veggie and Den had the Marais, which was a bit of everything.  We each devoured our entire pizzas, and with a beer for Den and a 1/4 litre of rose for me, dinner was 38 euros.  Hard to beat.  We sat on their outdoor terrace and watched the busy Parisians go about their lives while we scarfed our pizzas, lol.

We then walked across the street to Georges Larnicol for some macarons to bring home for dessert and some kouign amnam for breakfast tomorrow morning.  The handy 69 took us home once more and we were in bed by 9:30pm.

It's going to be cooler today wit some rain showers, but we will make the best of our Disney day.  I made dinner reservations which will get us into a  priority viewing area for tonight's fireworks.  It's going to be another busy walking day and late night, but I think we'll have a great time once again. 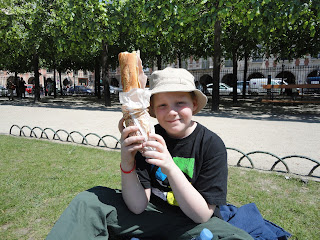 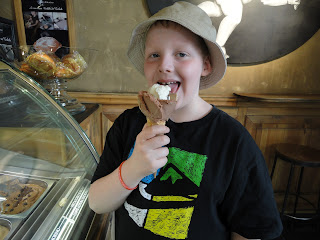 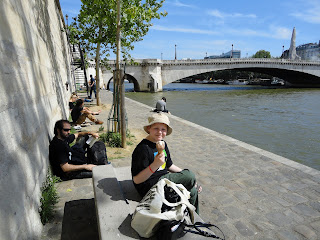 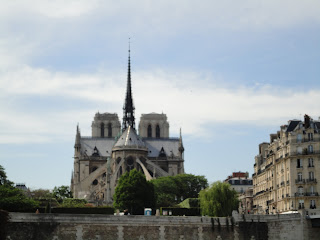 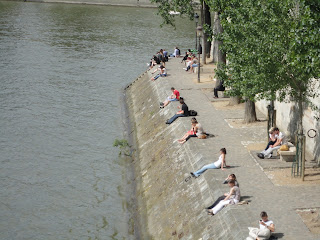 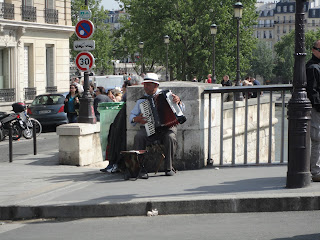 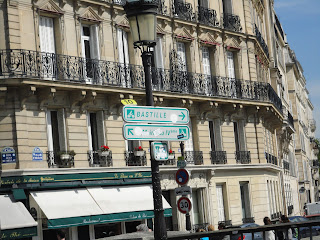 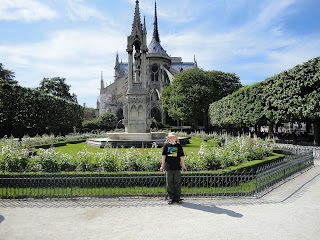 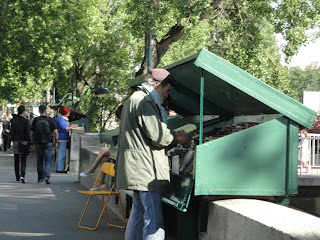 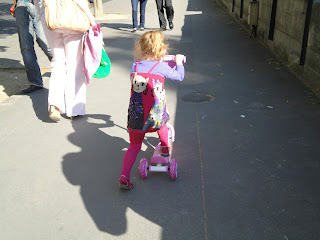 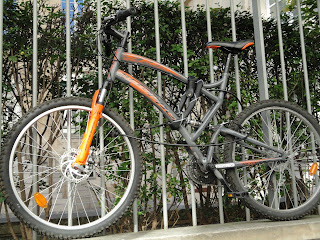 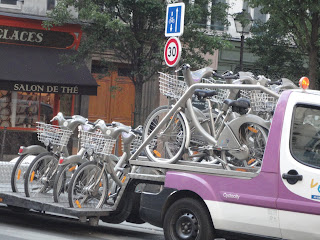