Well, what can I say ~ Disney is Disney, no matter what part of the world you're in. Seb loved his day here, but I felt like we were a million miles from Paris.  I'm happy I got to spend the day with him, but I don't need to go back, lol

We left the apartment around 9:30 and took the metro to Nation, where we transferred to the RER A for our trip to Disneyland Paris.  The train takes about 40 minutes and you exit right at the gates of the park. I had bought our tickets on FNAC before we left for 35 euros each for a 1 day, 1 park voucher.  I actually got my ticket for free ~ Disney is having a promotion to celebrate the 20th anniversary of EuroDisney, where you get free entrance on the day of your birthday and within one week of that date.

The day was cool and cloudy, but that just meant there were less people in the park.  It only took a few minutes to get in and we were ready to start exploring.  (As we were entering the park, Den and I are pretty sure we saw Jeremy Sisto, from Six Feet Under, walking around with his wife and kids.)

Seb had a great day going on the rides (Buzz Lightyear was his favourite).  We had come prepared for a cool windy day and we didn't let the weather stop us from doing anything he wanted, including staying until 10:30 to enjoy the spectacular laser and fireworks display which was just premiered last month for the 20th anniversary celebration.

I had reserved a table at Walt's which was offering a special 20th anniversary meal which included a premium viewing space for the fireworks.  Since it wasn't that busy in the park, we didn't really need it, but we did get a great view for anyone who's thinking of doing this.

We left the park right after the fireworks and got back to our apartment a little after midnight with a very tired, but very happy little boy. 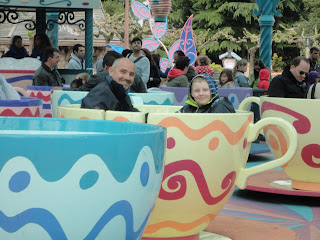 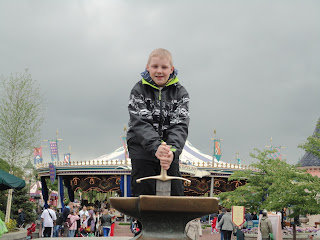 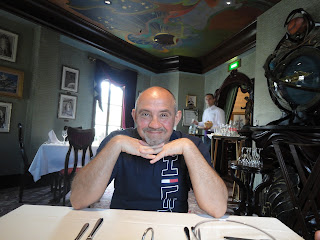 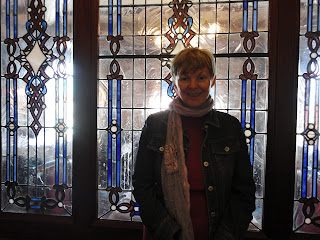 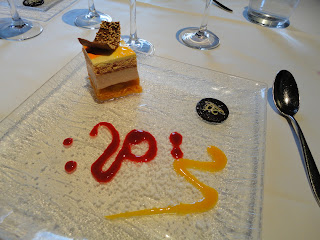 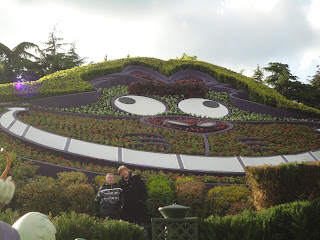 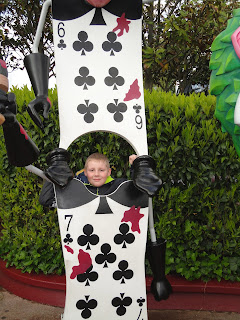 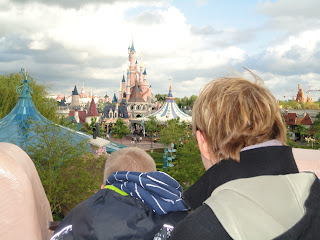 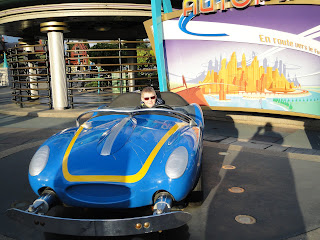